All Collections
Organizing your workspace
Can an asset live in more than one board?

Can an asset live in more than one board?

Written by Brian Nana-Sinkam
Updated over a week ago

Yes! In Air, you can have a single image or video live across multiple boards, allowing you and your team to organize content according to how you work.

Let's say you've just wrapped up a photoshoot and you'd like to add a certain image to a board for your product shots and another board for your upcoming ad campaign. Rather than make copies of the image and drag them into each board, you can simply add the image to each board – same image, but living in all three of your boards! 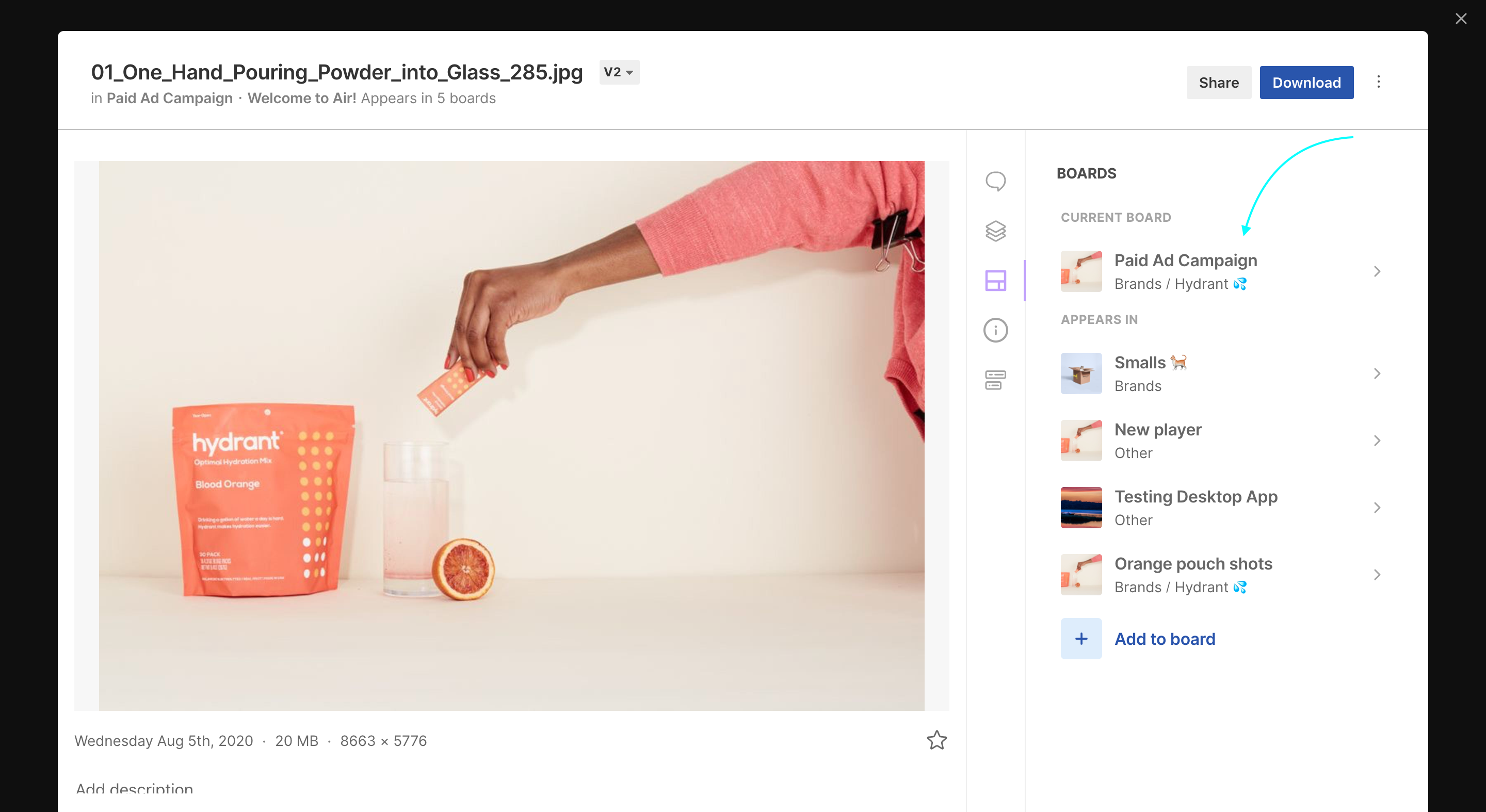 When assets live in multiple boards, you and your team create a record of how an asset is being used throughout your organization, whether it's in a social media post, a paid ad campaign, or included your latest press pack.

Learn more about adding and removing assets from boards

Did this answer your question?